The word ‘Barbecue’ might come from the Taino Indian word ‘barbacoa’ meaning meat-smoking apparatus. ‘Barbecue’ could have also originated from the French word “Barbe a queue” which means “whiskers-to-tail.” No one is sure of the correct origins of the word. 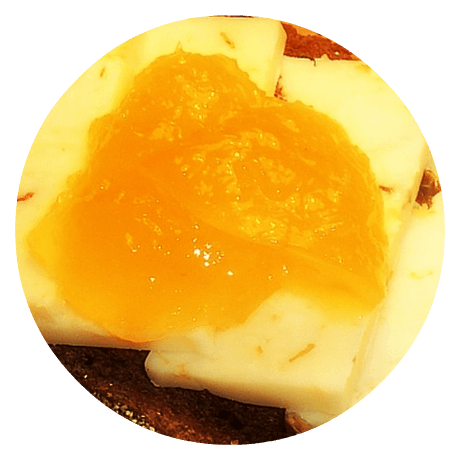 Our Pineapple Jam is created with the freshest tropical fruit available. Perfect addition to your yogurt or cottage cheese. This jam also makes a sensational topping for ice cream, as well as your morning toast. A wonderful treat for the person on the go.

True barbecue is an all-day event where meat is very slowly cooked over coals rendered down from flavorful smoking woods. By slowly cooking the meat over wood, it becomes infused with the smoke and the natural wood flavors. Different woods provide a different flavor.

The art of BBQ is traced back to the 1800’s during western cattle drives. The cowboys often ate meats that were stringy and tough, such as rabbit or wild boar, which needed a long period of slow cooking to tenderize.

The likely hood of having fresh meat as we know it today was a rarity indeed as there was no way to keep it fresh and as it spoiled would attract scavengers.

The art of BBQ pork is a tradition deeply rooted in the south. Pork was a staple in most homes and every part of the animal utilized. Again pork was a tough meat that needed a slow cooking process. As BBQ pork became well known and considered an art southerners began raising pigs with more fat on them to enhance the tenderness of the meat.

With the onslaught of the Civil War, Southern BBQ was introduced to Northern soldiers. As the war ended the technique traveled further into the northern regions and expanded to other types of meats and poultry.

Today’s culture brings us many styles of BBQ. The classic rubbed and marinated slow smoked BBQ is a favorite for many. The more common backyard BBQ with its ease of preparation and clean up. No matter how you BBQ nothing beats a great sauce to highlight your cooking talents.

For those that want the flavor but don’t want to make true BBQ sauce, purchase some pre-made stuff at the store and add the Pineapple Jam, Cinnamon, Mustard, and Worcestershire Sauce, this will serve it’s purpose, but it’s not the real thing. Enjoy!