A few years back, while taking a course on preserving methods, LunaGrown was introduced to Lemon Lavender Pound Cake by the owner of the Hudson Street Cafe. 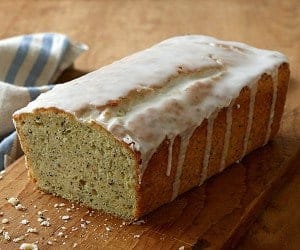 Not being a big lavender fan I was hesitant, but polite and sampled a small piece. Only to wish I had requested a larger piece for myself. I could not have been more amazed! Yes it was a pound cake, and lemony, but there was something more. There was something wonderful in that slight bit of lavender she had added that made that cake special. It pushed the envelope when it came to flavor combinations. It was a little slice, for one moment of how beautiful things could be.

During the winter season, we introduced our Blood Orange Marmalade. It has a nice depth to it. Combined with raspberries a welcome addition to the winter season. Best served with chocolates as it’s a very decadent marmalade. However, we needed a light refreshing flavor to offer. A variety that would delight our senses year round.

Since we love lemon, and Lemon Marmalade was one of our first flavors we decided to see how close we could come to Donna’s Lemon Lavender Pound cake. The goal was not to recreate the flavor of her cake, but to attempt to recapture that feeling of happiness upon tasting it. I’m proud to say I think we’ve come pretty close.

LunaGrown’s big hit is Lemon Lavender Marmalade. Customers are requesting this marmalade and utilizing it with passion. Personally, we have used it as a filler in cookies, and our favorite is a teaspoon in hot tea. Amazing flavor, and minimal sugar. Refreshing is all I can say! The star of the BBQ when utilized as a meat glaze. Often enjoyed in cocktails. To be honest I haven’t even had it on a biscuit yet.

For those of you that continue to enjoy our Lemon Lavender Marmalade, send out a little thank you whisper to the woman who sparked the idea with a tempting little piece of pound cake. We are proud to be able to pass this little bit of happiness on to you.

This pound cake recipe is pretty close to Donna’s and just a bit nicer when served with some beautiful marmalade. 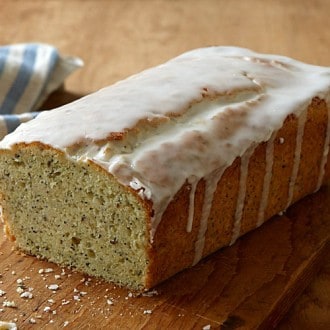 NOTES Not all lavender is the same, make certain you purchase culinary lavender which is intended for cooking and ingesting otherwise you might inadvertently make yourself ill.